Describe What You Do (in ONE sentence)

I’ve been off the grid for the last few weeks taking some time off to think about my art and where I want to take my illustration. I felt I needed to escape the noise of the social medias and just reflect.

It was about asking questions of myself. Mostly about what I do and why. Every question I asked was like a layer of a beautiful onion; and with each answer, a layer was stripped away in an effort to find that wonderful diamond in the middle or something. Analogies.

After many onion layers were stripped, I stopped on this one question “How do you describe what you do to someone in one sentence?”. As I thought about it I realised that I’ve always struggled to really describe my art to people after they find out I’m an illustrator.

“Oh cool. What type of illustration do you do?”.

“Erm, kinda cool angles… I like perspective and stuff…”. Ugh! I’d start to cringe as I listened to myself stutter this lame description.

“Illustrator” is such a broad profession nowadays. There are so many different types, styles and offshoots. I don’t believe you should put yourself in a box or slap a label on yourself, but you should know what you do and be able to communicate that to someone in a straightforward way.

After a bit of searching I came to understand that everything I do with my art is about finding a more interesting perspective. I don’t like the straightforward or generic, everything has to have a twist or an angle.

My JUMP HIGH picture (above) was inspired by the amazing bodily contortions that athletes were able to achieve during the London 2012 Olympics. I could’ve created this pose from a side-on angle to describe the scene in a more basic way, but something in me just wanted to offer something a little more unique and weird. I ended up with this. 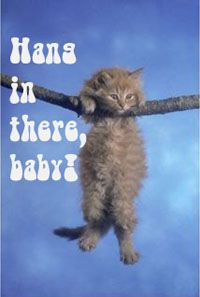 Shortly after making JUMP HIGH I became a bit disenchanted in life for whatever reason. A few weeks after I finished the image, I came back to it and (maybe as a personal pep talk) I decided to add the words “Prove Them Wrong” to the picture. It just seemed to fit perfectly. I had comments from people much later saying they were really inspired by it. It still creates a strong emotional reaction in me when I look at it now.

What followed was the epiphany that captions really put a new angle on things! I thought of old posters like the “Hang in there, baby!” cat, and thought about how cool it would be to have that kind of message attached to really awesome imagery. I decided my art is about creating an emotional reaction in the people that see them. Whether it lifts them up, makes them think, makes them laugh.

So another Olympic Games has just finished and I wanted to create another image inspired by it. I wanted to challenge myself so I decided that Freestyle Swimming was the one. Water in motion is difficult.

Last week I sent my newsletter subscribers a series of thumbnails (below) and asked for their feedback on the different angles (thank you to those of you who replied!). The theme of the image is hard work and determination and will have the following words incorporated into the image somewhere: “Being challenged in life is inevitable, being defeated is optional”. 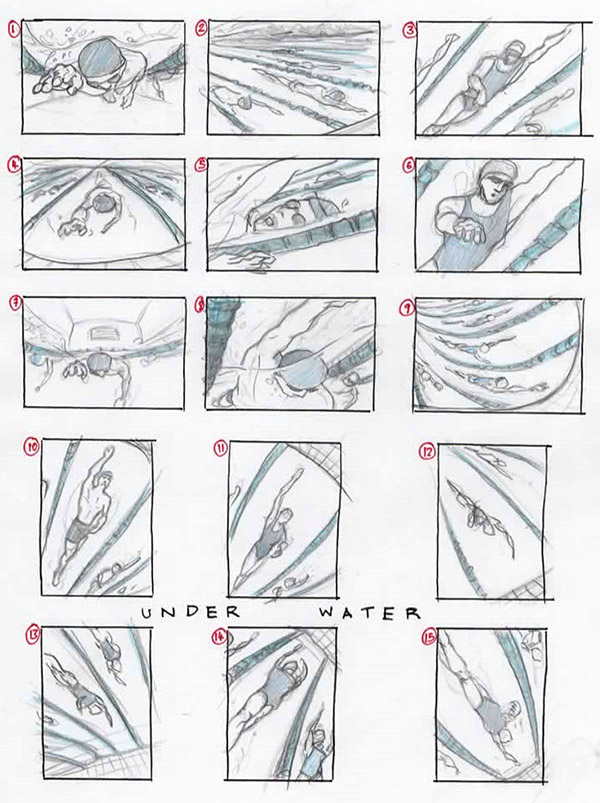 Note, The bottom six images are under water, looking up.

Development for this is in the works and I’ll be sharing that with you guys soon. I’d love it if you leave a comment and let me know your thoughts on things. Does the image and quote speak to you in any way?